Social listening is a must-have tool for any consumer-facing organisation in 2021, but for the gaming industry where the income model is moving away from  up-front money earned through an initial sale, and towards a continued stream of potential revenue through the purchase of additional content (Games as a Service, or GaaS), it’s now more vital than most...

...and when the consumers who need to be won over are highly educated about their passion and vocal with their thoughts on the matter, that's even more the case.

In order to succeed in maintaining long-term consumer excitement for roll-outs of fresh optimisations, paid updates and add-ons, it is essential to properly harness and respond to the feedback loops those customers provide on social media. Ignore their concerns and disappoint them, and games companies risk losing out on years of revenue from gamers who were previously excited about their titles, but feel let-down and then become difficult to bring back to the table. The haphazard recent launch of Cyberpunk 2077 is one such case...

Finally released last December,  Polish developer CD Projekt Red's Cyberpunk 2077 was one of the most-hyped games ever. The same developer’s 2015 flagship game "The Witcher 3: Wild Hunt" is widely regarded as one of the finest on the last generation of consoles and already considered one of the best games of all time. A huge amount of goodwill and excitement had built up therefore among fans desperate to play the next major title they had set for release.

The Witcher 3: Wild Hunt for PC now has a user score of 9.4. This makes it the most highly rated game ever by users. Congratulations!!! from r/witcher

The game tasked with following it up was announced as far back as 2012 and proved to be an incredibly ambitious development undertaking, the first trailer coming seven years before the title would finally be ready for purchase. Fuelled by the persistent admiration for and love of The Witcher 3, hype among gamers had reached fever pitch by the time Cyberpunk’s original release date of April 2020 drew near.

It was always going to be a challenge for CD Projekt Red to live up to expectations with the game, and skill would be required to navigate that task, particularly for a relatively small developer in the process of a fast scaling-up. The pressure was magnified by an astounding eight million pre-orders placed ahead of release, secured and paid for out of good faith that the title would deliver to the standards The Witcher 3 set. Those huge preorder numbers came despite three last minute-delays to the Cyberpunk release date, which moved from April 2020 to September, then November, and ultimately December.

But when Cyberpunk 2077 was finally in the hands of gamers just before Christmas 2020, a wave of disappointment quickly emerged that could not simply be written off as caused by unrealistically high expectations. Complaints of major glitches, of the severity that are normally dealt with before a game is on the market, started to spread on Twitter, Reddit and forums.

Whispr Group's analysis of customer sentiment showed a marked increase in negativity about Cyberpunk 2077 post-launch, including frustration it had not been evenly optimised for all systems

Gamers using the Playstation 4 and Xbox One consoles even found the game to be completely unplayable, despite it originally being designed for those platforms. So many disgruntled purchasers demanded refunds that both Microsoft and Sony took the rare step of agreeing to do so for anyone who bought the game through their online stores, while Sony have even removed the title from their marketplace until further notice.

Holy shit - Cyberpunk 2077 on PS4 is so busted that Sony is offering full refunds and even removing it from the PlayStation Store (!!) https://t.co/wk6FeHDCNg pic.twitter.com/9c7gmcop06

That is hugely embarrassing for a title anticipated to be the new high water mark for modern gaming. And according to Bloomberg, once refunds had been taken into account, the game's sales by December were so much lower than expected that Morgan Stanley downgraded its developer's stock to equal-weight from overweight, an analyst judging it is "difficult to believe CD Projekt has the capacity to deliver as heavy a slate of new content as we previously expected".

What made the matter worse is that the initial wave of industry reviews could not flag these severe performance problems to warn consumers about what to expect, because media outlets were only given access to the PC version of the game before release and not able to play the Xbox One and Playstation 4 games until they were already on the market. The PC version is more stable, and did not show the problems that subsequently emerged on less powerful systems. Gamers, a large proportion of them highly informed, took note of that move and saw it as a strategy to brush the performance problems under the carpet in order to avoid losing out on pre-orders ahead of launch.

Social media analysis by Whispr Group’s team illustrates the impact of these issues on shifts in overall sentiment around the game. Prior to launch, the biggest talking point about Cyberpunk 2077 on social was excitement about its potential and the possible scenarios that could unfold in its ambitious open world. Post-launch that moved, with a marked increase in negativity including disappointment that it did not live up to expectations, as well as frustration that it had not been evenly optimised for all systems.

Some degree of that disappointment could surely have been avoided had the enormous expectations of fans been properly understood then balanced with a more appropriately tempered tone. It’s no secret that huge open-world games are always a technological challenge and there tends to be a period of ironing out kinks after launch: gamers know this and would likely not have been put off if gently reminded that patience would be necessary. Indeed, Whispr Group’s analysis showed there were already significant concerns expressed among a number of gamers on social before launch, who noted that the level of customisation being touted for the game seemed unrealistic.

Rather than paying attention to that red flag, the Cyberpunk team instead continued to amp up its language on social media in the build-up to launch, promising “a huge single player, open world, story-driven RPG. No hidden catch" and "you get what you pay for". In hindsight, and in light of the refunds handed out by Sony and Microsoft, that phrase did not age well.

Social listening allows you to listen to your audience without asking questions. They’ve spoken freely about your product, industry, or competitors in a genuine way without interference. Unlike traditional market research, that means entirely honest views not steered by the questions you ask, and sometimes the truth hurts! That truth may disrupt your work or force a change in strategy, but it’s much better to pay attention and optimise your communication initiatives sooner rather than later to properly align with those audience preferences – Zaid Jabar, Whispr Group Insights Manager

CD Projekt Red could certainly have benefited from some focused social listening based insights pre launch to help them pay attention to the warning signals from fans and better set up the game with a platform for success. Instead, they now have a rescue job on their hands. 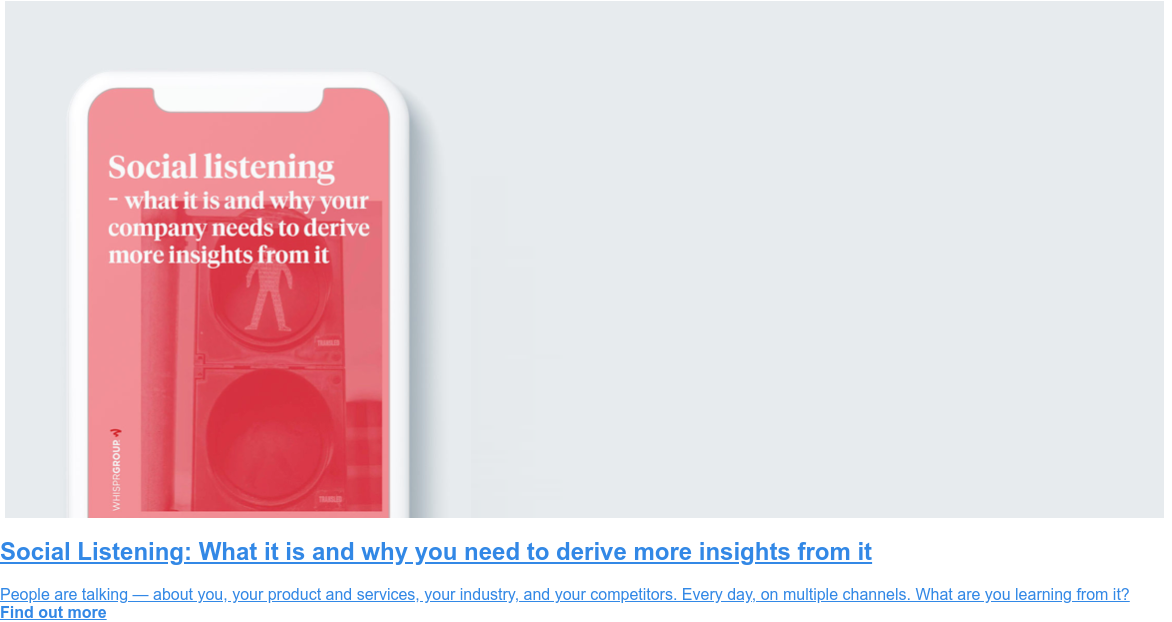 And such insights are arguably now more vital to the success or failure of the project than ever before. Careful listening to and analysis of that feedback loop will be key in the huge matter of convincing previously spurned purchasers to put their disappointment behind them and consider forking out more hard earned cash for the years of additional content planned for the title.

Gamers will have to feel like their specific issues have been genuinely addressed and a real effort made to make amends before they will be willing to take a chance on the related products that sustain a game’s life cycle in the current age. That takes time, and there is no shortage of alternative titles on the market competing for attention in the meanwhile.

Such a turnaround is a mammoth task but not impossible: the clearest example is Battlefront 2, the hugely hyped Star Wars title launched in 2017 that instead of meeting expectations was hammered by fans for hiding much of its content behind pay-to-win unlockables. Developer DICE was ultimately forced to pay attention, subsequently removing many of the in-game transactions and releasing free updates in an effort to lure gamers back, but it has taken a number of years to remedy the damage and salvage the game’s reputation. Lost years that also meant lost revenue: what should have been a flagship title for the developer ultimately missed its sales targets and forced a rethink over how to live up to what fans really expected.

Battlefront 2 has changed, for the better from r/StarWarsBattlefront

CD Projekt Red will not want to lose a similar amount of time on a title that took almost a decade of work and is supposed to pay off in spades for a decade to come – not least when the next generation Xbox Series/PS5 optimised versions of the game have yet to launch.

Nor will they be the last developer to suffer from failing to properly listen to and track the shifts in the voice of its potential consumers, despite that being entirely avoidable with the depth of insights now available to games companies willing to be proactive.

Gamers are highly educated about their passion and more vocal about their desires than ever before: social listening is no longer a luxury therefore, but an essential tool if games developers want their projects to succeed in the long-term.

Ignore it and even the most-hyped titles risk under performing...

Does your business want to gain a deeper understanding of its audience & their expectations? Click below to find out how Whispr Group can help: 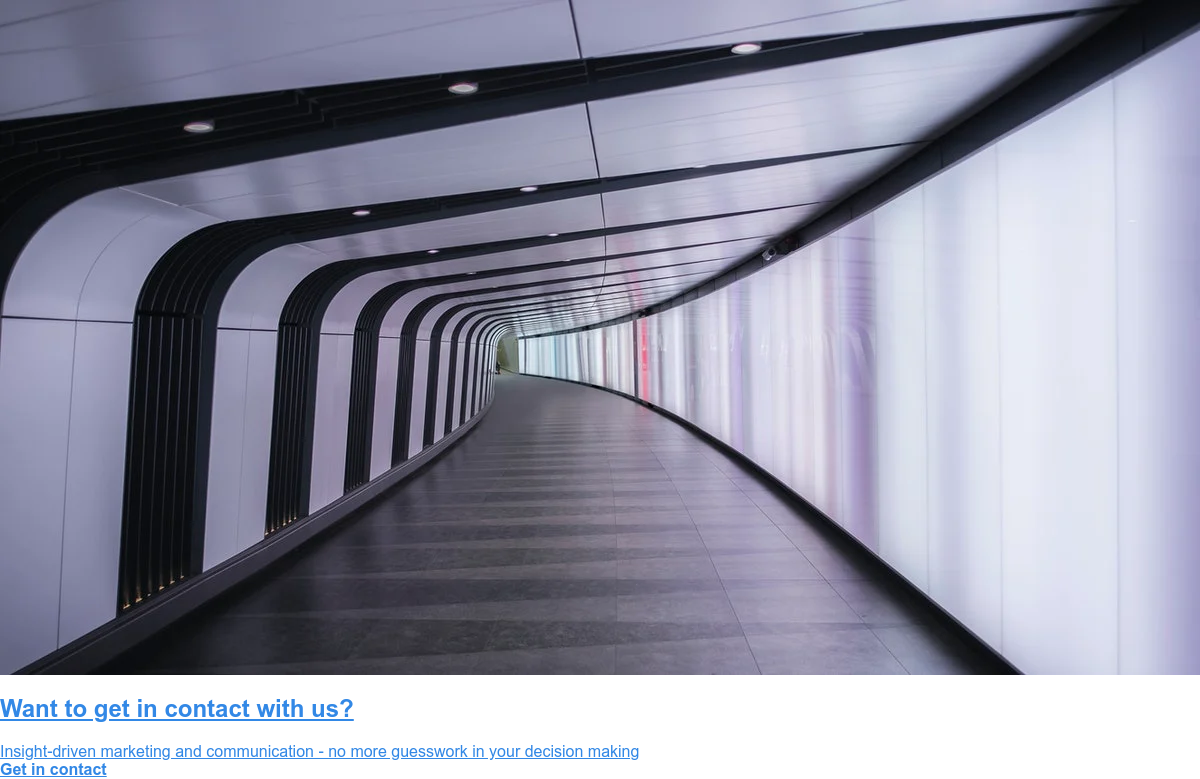